chapter four - look with the heart

the stars are beautiful because of a flower you don't see...

"I get something," the fox said, "because of the color of the wheat." Then he added, "Go and look at the roses again. You'll understand that yours is the only rose in all the world. Then come back to say good-bye and I'll make you the gift of a secret."

"If I had fifty-three minutes to spend as I liked," the little prince said to himself, "I'd walk very slowly toward a water fountain."

I was surprised by suddenly understanding that mysterious radiance of the sands. When I was a little boy I lived in an old house, and there was a legend that a treasure was buried in it somewhere. Of course, no one was ever able to find the treasure, perhaps no one even searched. But it cast a spell over the whole house. My house hid a secret in the depths of its heart...

"Yes," I said to the little prince, "Whether it's a house or the stars or the desert, what makes them beautiful is invisble!"

"We've awakened this well and it's singing."

That water was more than merely a drink. It was born of our walk beneath the stars, of the song of the pulley, of the effort of my arms. 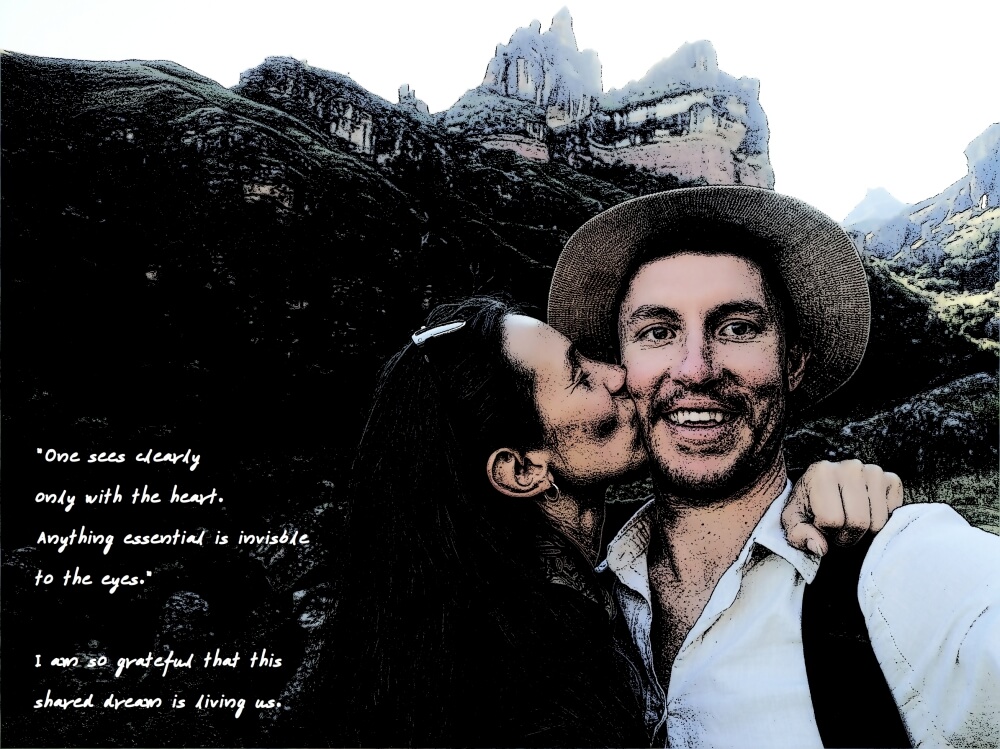